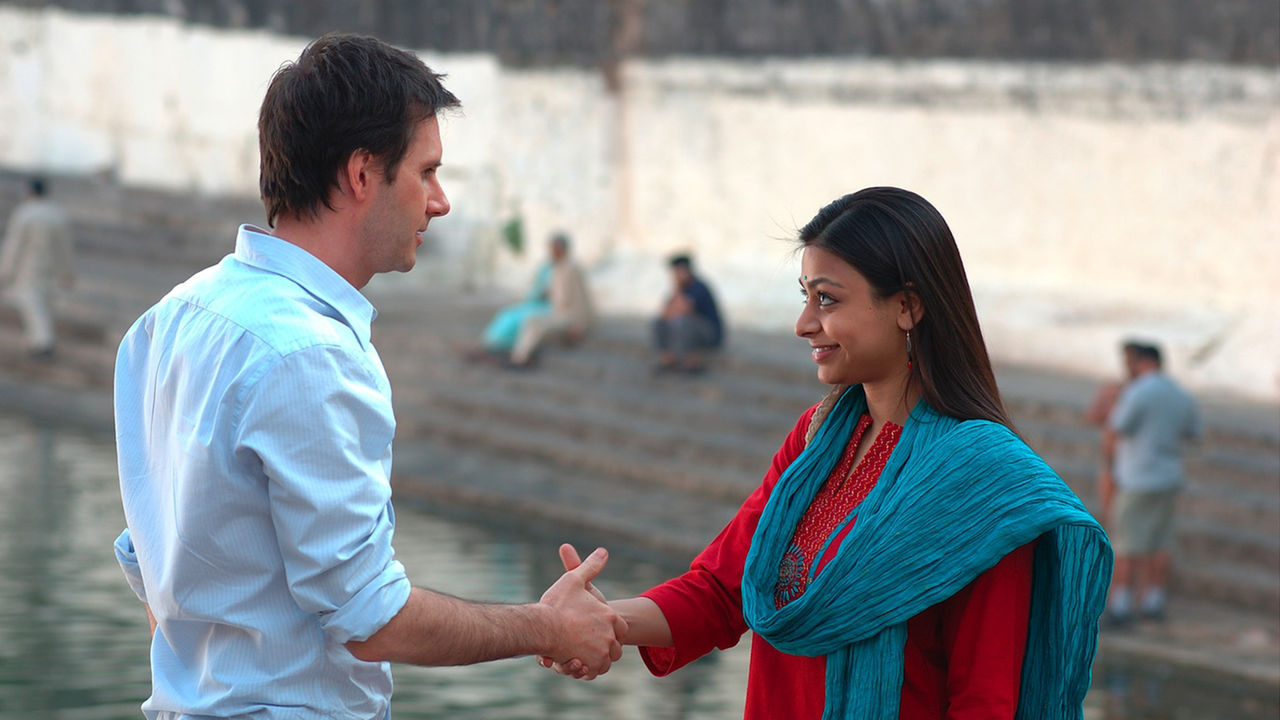 “Outsourced,” in which a Seattle call center manager named Todd (Josh Hamilton) is fired and then dispatched to India as a consultant to train his own replacement, is a wonderful surprise.

At first it threatens to be just another fish-out-of-water story. The film’s director, John Jeffcoat, and his co-writer, George Wing, hit expected marks, from the moment when a street urchin swipes the hero’s cellphone to the bit where Todd learns why Indians don’t eat with their left hand to the scene where Todd realizes that his sharpest employee, an outspoken young woman named Asha (Ayesha Dharker), is gorgeous and has a crush on him.

Gratifyingly, though, the filmmakers treat Todd’s story as a springboard for a smart look at the effect of cultural difference on work, friendship and love, and the global economy’s impact on national and personal identity.

Todd, being American, has no sense of himself as an American. He has an allergic reaction to Indian culture (embodied by the intestinal distress he suffers after eating local food). He is also taken aback by Indians’ emphasis on family ties and social obligations, and they in turn are politely aghast at Todd’s disconnection from his own relatives.

Todd’s trainee, the polite, 40-ish Puro (Asif Basra), lives with his parents and is surprised that Todd lives alone and rarely visits his own mother. He insists that Todd forgo his prearranged hotel room and stay at his home, where his mom cooks up a storm and grills Todd on why he isn’t married yet.

Todd is initially concerned with improving his employees’ minutes-per-call rating and going home. He’s bored by his job and can’t believe that his employees like the kitschy Americana (including Green Bay Packers cheese hats) sold through his company’s catalog.

But during an impulsive trip to a McDonald’s knockoff that doesn’t serve beef, he meets a fellow American (Larry Pine, in a brilliant cameo) who advises him: “I was resisting India. Once I gave in, I did much better.”

Todd has an epiphany while wading into a local water tank (photographed, with cross- cultural wit, to suggest a baptism). He also comes to understand Indians’ comfort with images of Kali, the Hindu goddess of creation, preservation and destruction. Todd learns that change can be negative, positive or simply neutral, and what matters is how one reacts to it.

The film shows that individuals in every nation are nearly powerless before the global economy, a force that shatters tradition and compels people to think of themselves as self-interested free agents. This pragmatic point of view is articulated by Asha, who rhetorically asks Todd why it’s necessary for Indian call-center workers to pose as Americans while selling cheap junk made in China.

The key to survival is adaptability, a quality demonstrated by every major character in “Outsourced” — particularly Todd, who adapts to his hosts’ culture and language and makes them more invested in their jobs by rewarding efficiency gains with products from the company’s catalog.

In its modest way, “Outsourced” may be unique: a charming culture-clash romance that could be taught in business schools.