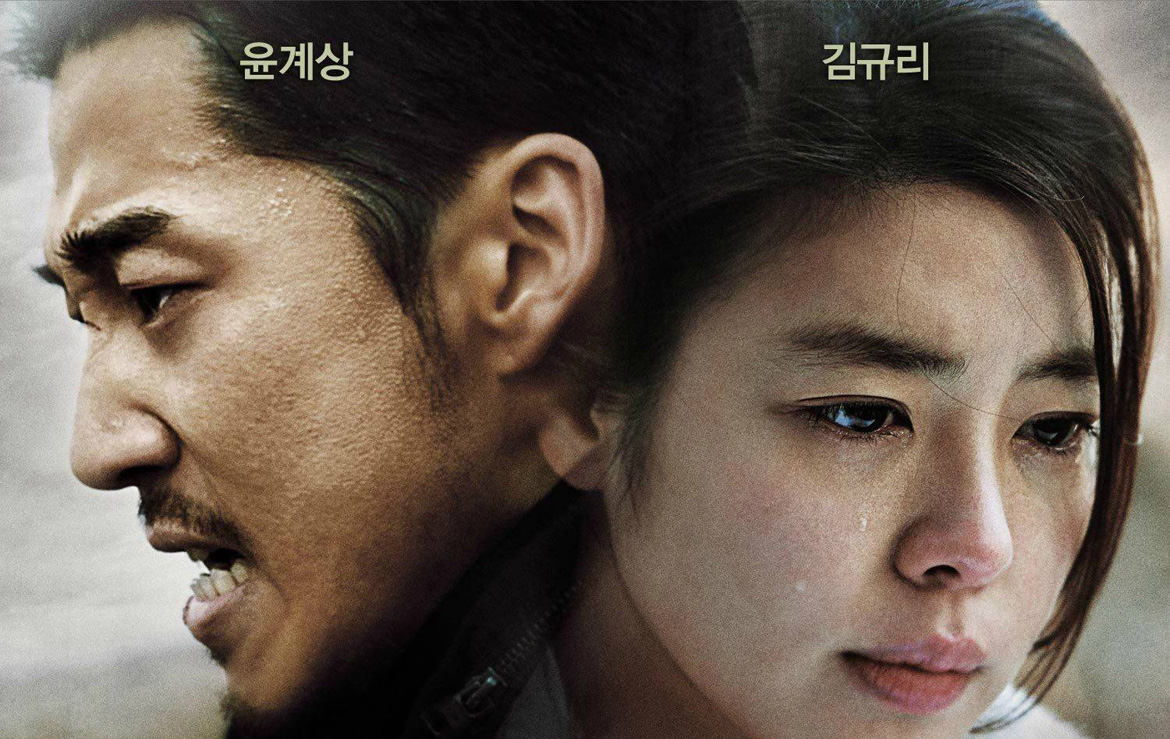 Poongsan, whose real name is never revealed, is a mysterious messenger who crosses the demarcation line between the two Koreas, delivering letters and cherished heirlooms between separated families in Seoul and Pyongyang.

One day he is commissioned by South Korean government agents with the task of smuggling in In-ok, the beautiful lover of a high-ranking North Korean defector, into the South. Yet things take an unexpected turn when the deliveryman falls for the young woman, but their romance is put in jeopardy by the obstacles they encounter.

Part love story, part postwar tragedy, with a dose of comedy thrown in, the low-budget film Poongsan depicts the sad reality of the division between the two Koreas.

The Korean peninsula, the present day. A man simply known as "Poongsan" (Yoon Kye-sang) - from the brand of North Korean cigarettes he smokes - makes regular trips across the DMZ, smuggling everything from people to antiques. No one knows whether he is from the North or the South, though from his commando-like abilities he is obviously highly trained. He makes contact with clients via a makeshift memorial-cum-bulletin board for divided families along the DMZ. On one mission he smuggles an antique, as well as a young boy, from North to South; when the smugglers are caught by the police, the South's National Intelligence Service becomes aware of Poongsan's existence. They contract him to bring a young woman, In-ok (Kim Gyu-ri), from Pyongyang to her lover (Kim Jong-soo), a high-ranking North Korean official who recently defected and is still guarded by NIS agents. The arrogant official, who is paranoid about being assassinated, has been holding out on writing a report for the NIS until In-ok joins him. On the journey across the DMZ, In-ok accidentally sets off a mine that almost kills her and Poongsan, and also has to be revived by mouth-to-mouth resuscitation when she almost drowns. The mission is successful but In-ok has become attached to the man who saved her life. Suspicious that the two made love during the crossing, the official abuses In-ok after they are reunited and she expresses a desire to return to the North. Meanwhile, Poongsan is tortured by an NIS team leader (Choi Mu-seong) to find out whether he is a North Korean agent, but is rescued by the team leader's boss (Han Gi-jung). Poongsan is forced to rescue NIS agent Kim Yong-nam, who's been caught in the North and is under interrogation; in gratitude, and appalled by his own agency's methods, Kim later helps Poongsan escape from the NIS' control. But then Poongsan and In-ok are captured by North Korean agents in the South.